Guilford College and Every Campus a Refuge were recommended by the United Nation’s Department of Public Information to join in the United Nations Together Campaign.  The United Nations Together Campaign Summit, held on January 9th, 2018 at the UN Headquarters in New York City and led by De Montfort University (DMU), focused on how colleges and universities around the world can take action to aid in the global refugee crisis.  De Montfort invited Guilford College and Every Campus A Refuge to participate in the Summit.  Dr. Diya Abdo spoke on the first panel alongside representatives from UNICEF, UNHCR, IOM, Humboldt University in Germany, and University of Science and Technology in China. The Summit culminated in the 10 invited universities (from the U.S., Brazil, Cyprus, U.K., Germany, and China) signing the UN Together Campaign Action Charter to pledge their active support for the safety and dignity of refugees and migrants.

On June 7th, Guilford College and Every Campus A Refuge returned to the United Nations Headquarters in NYC for the second United Nations Together Campaign Summit.  At this summit, 39 other institutions attended, sharing practices on supporting refugees and migrants with a special focus on UN Sustainable Development Goal # 16 — Peace, Justice and Strong Institutions: “Promote peaceful and inclusive societies for sustainable development, provide access to justice for all and build effective, accountable and inclusive institutions at all levels.” Founder and Director Dr. Diya Abdo spoke on the first panel, and ECAR Board Member Heather Scavone spoke on the second panel. Guilford College student Kathleen Herbst and presented on the ECAR minor on the third panel.  In addition to Kathleen, three other Guilford Students who are also minoring in Every Campus A Refuge participated in the summit. You can read about their experiences here. 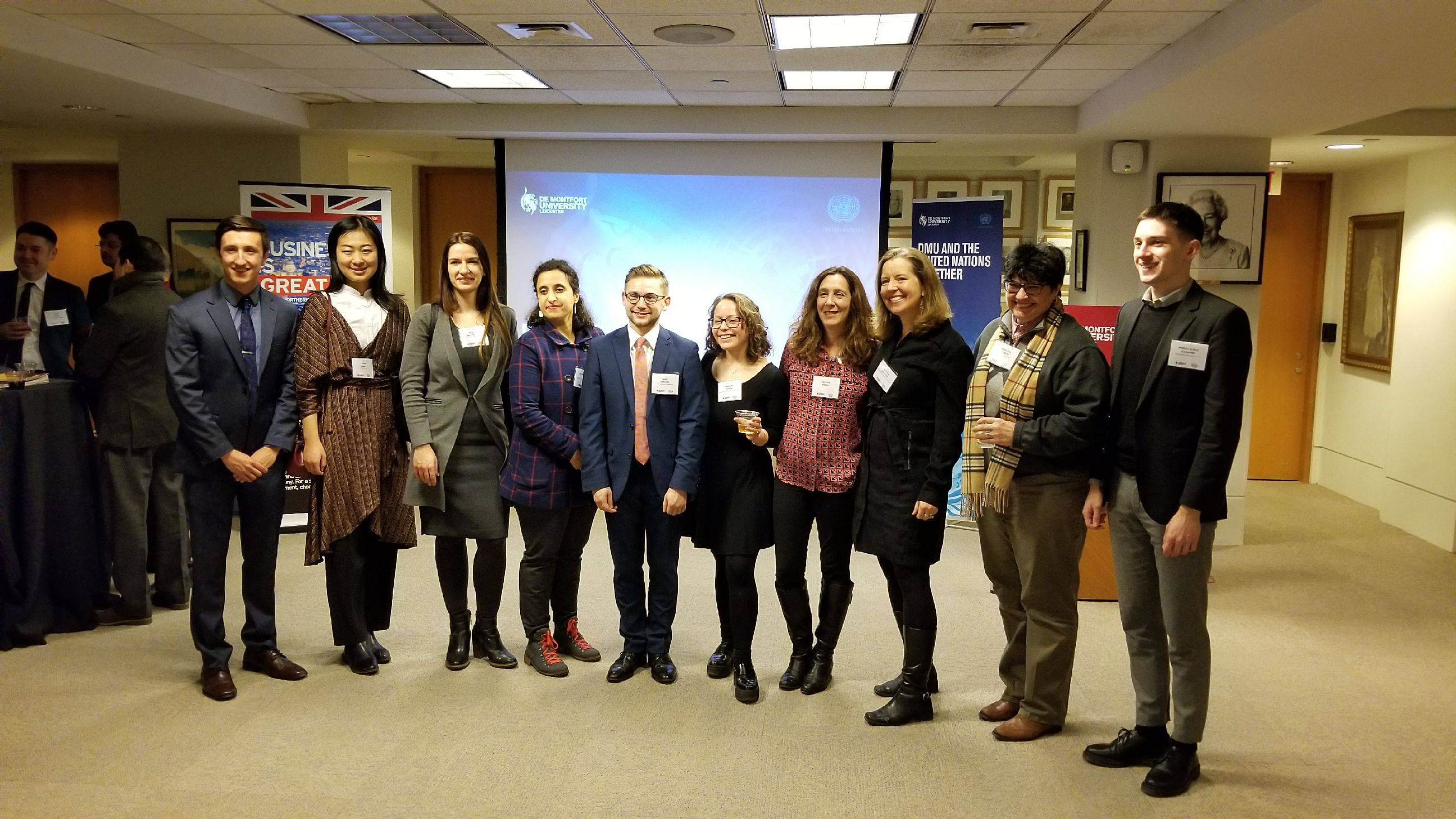 College and university partners pose together for a picture at the British Consulate General in New York for the pre-summit invitational. 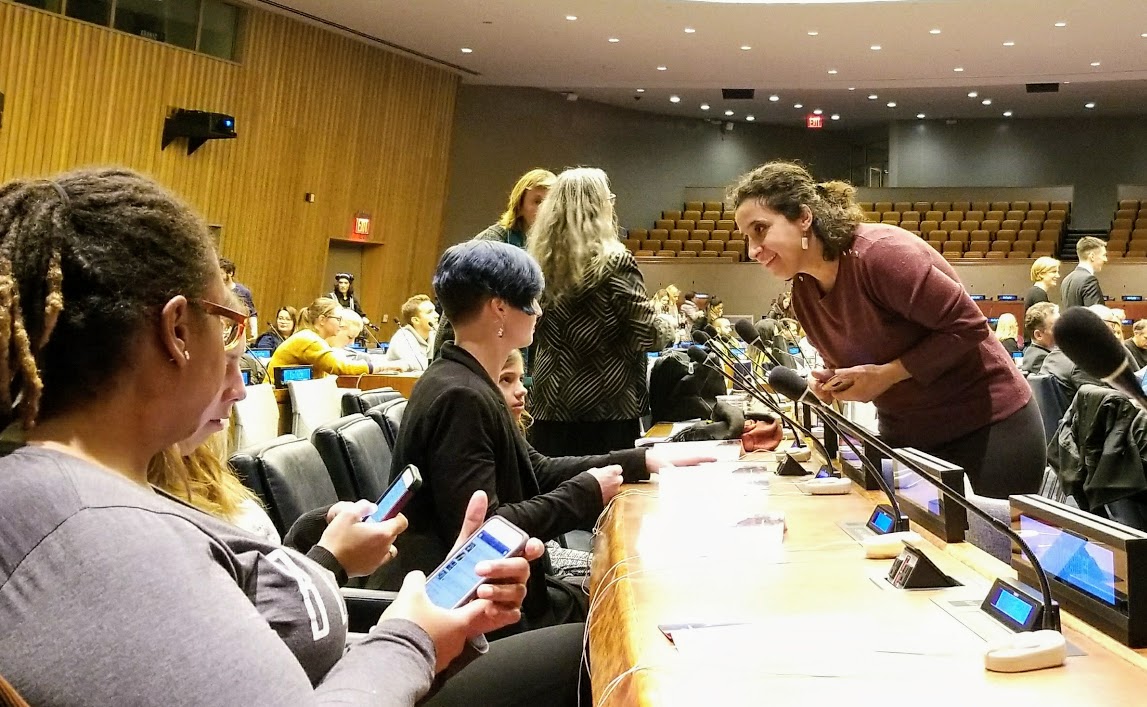 Dr. Abdo speaks at the Summit.

Dr. Abdo addresses a question from Michelle Harris, ECAR volunteer and researcher for ECAR impact study, regarding the role ECAR plays in hosting families with most need including many children. 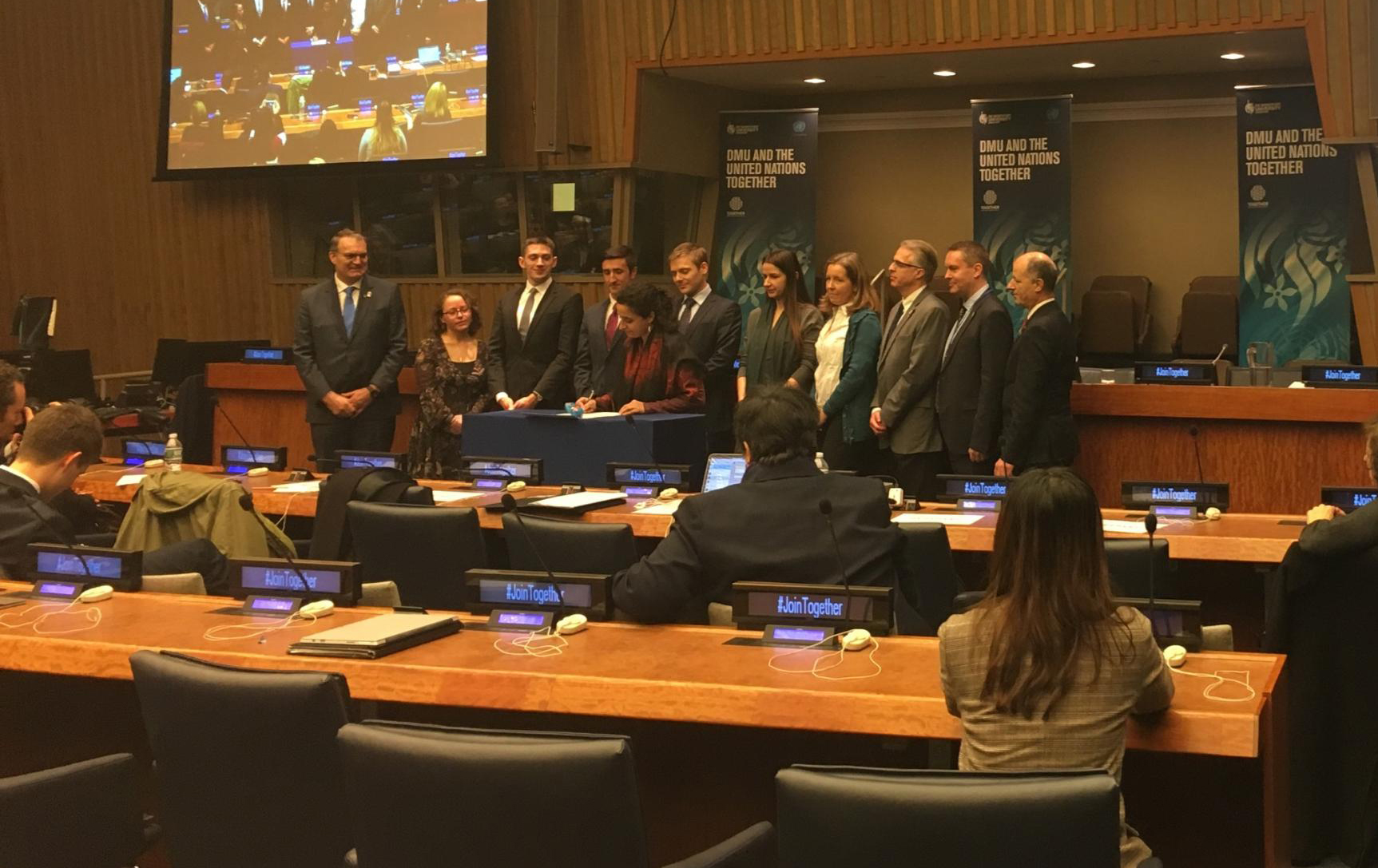 ECAR’s Hali Rose Kohls discusses how the ECAR minor can be a great way to curricularize the program and allow universities unable to host refugees to do more in supporting local area resettlement agencies. 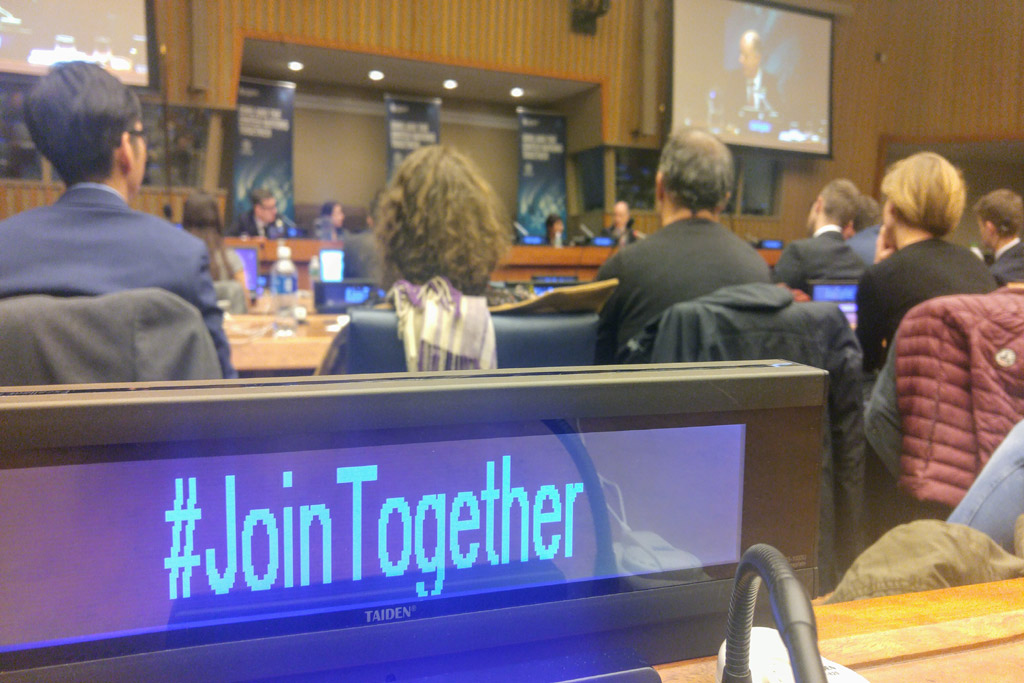 #JoinTogether was shared far and wide on many social media outlets. 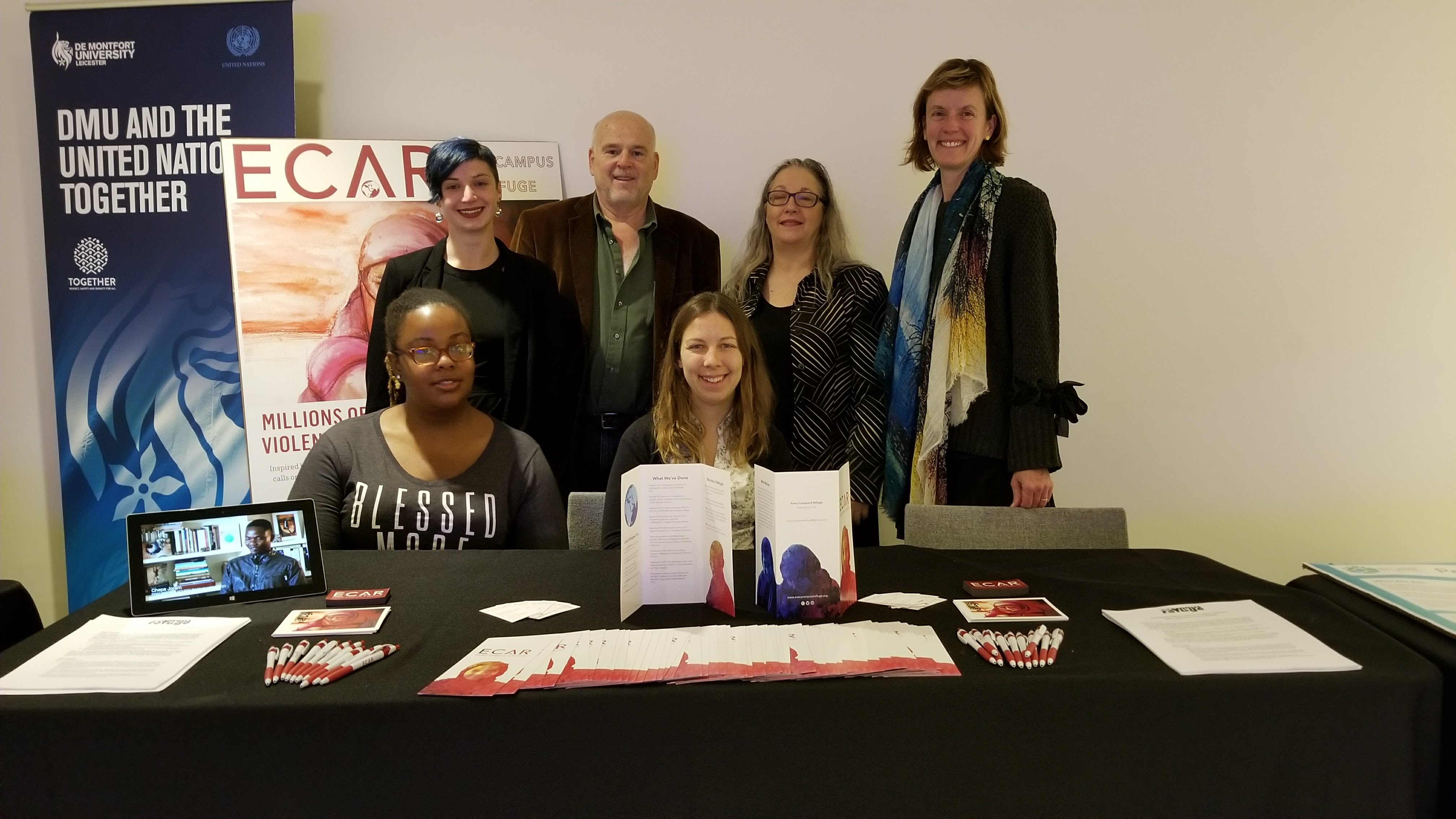 Every Campus a Refuge supporters, volunteers, faculty, staff, and board members joined at the event and tabled at the 2-day ECAR exhibit at the UN. 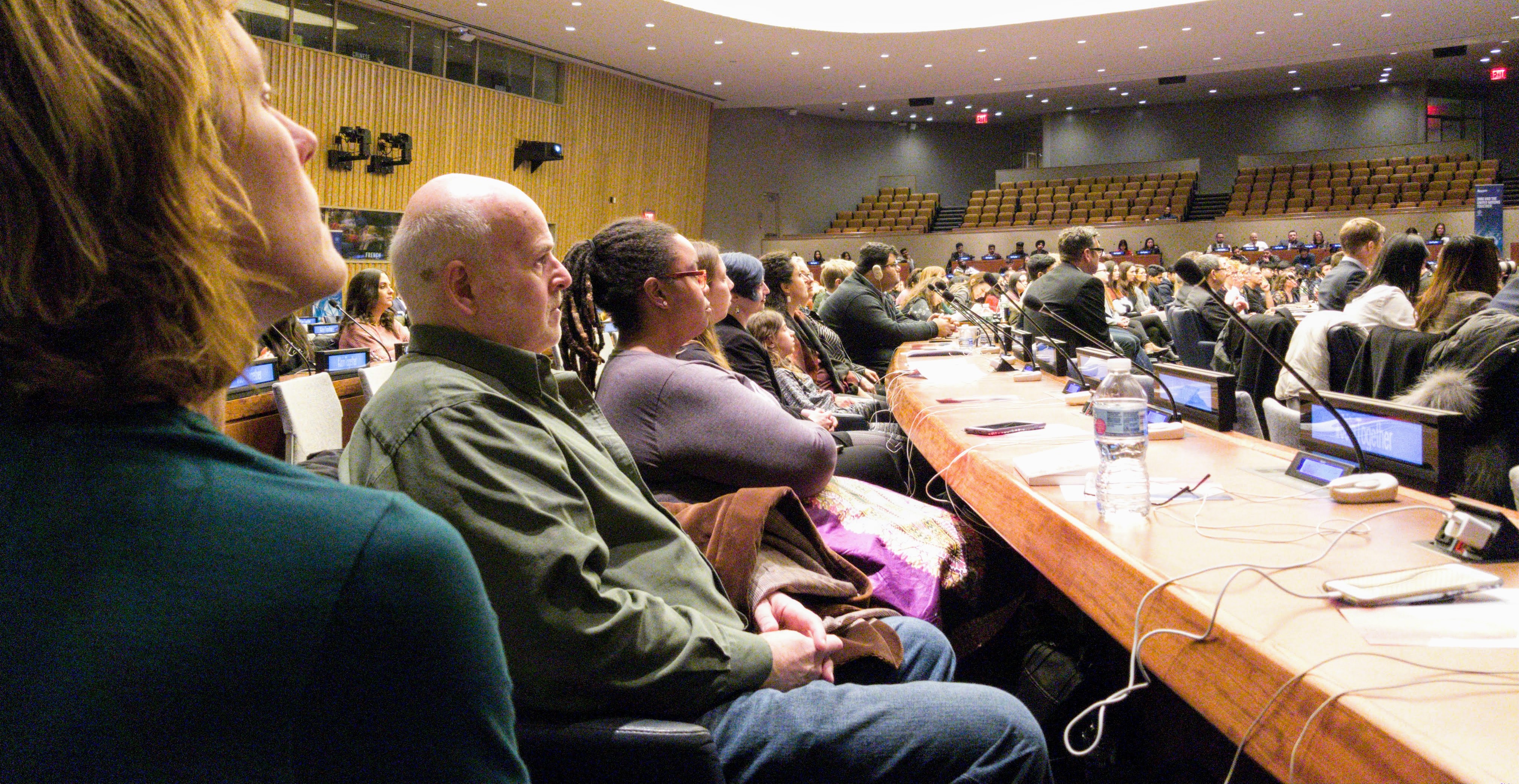 The ECAR delegation sitting together at the Summit.

Dr. Abdo’s interview with UN News Arabic after the Summit.

Why Every Campus Should Shelter Refugees

When Pope Francis called on every parish to host refugees, here is what Diya Abdo, the daughter Palestine refugees and founder of Every Campus A Refuge did. Watch full interview here: http://bit.ly/2xe4pJ3 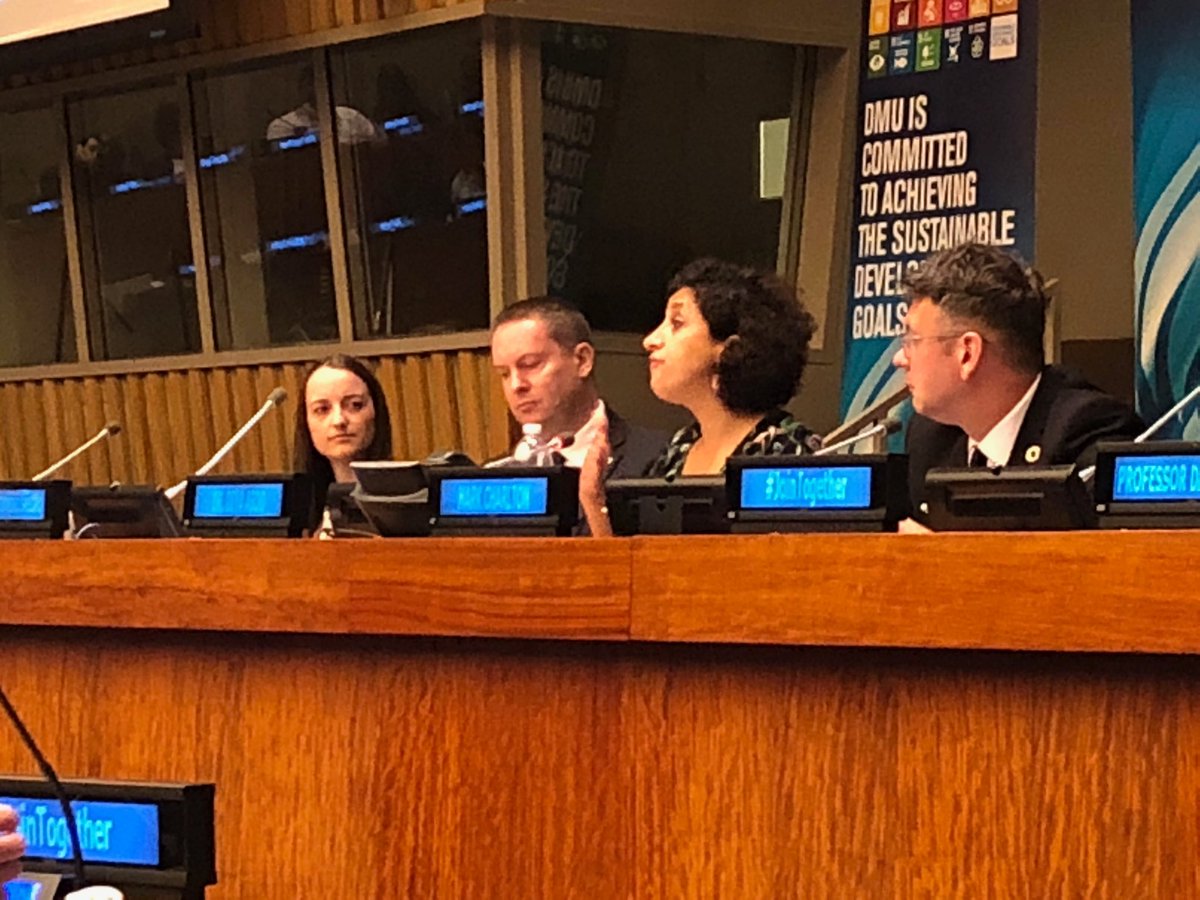 Dr. Abdo speaks at the second UN Together Campaign Summit on June 7th. 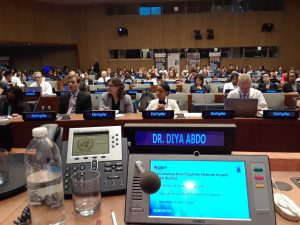 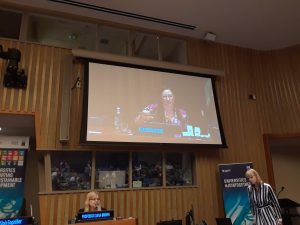 ECAR Board Member, Professor Heather Scavone, speaking on the second panel of the summit. 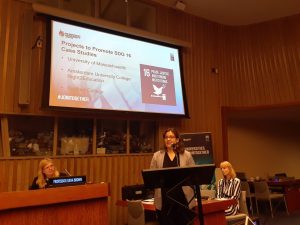 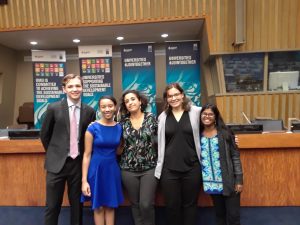