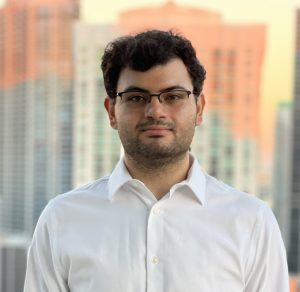 Walid Mosarsaa graduated from Guilford College in 2016 and holds an MA in Religion focused on Peace and Justice Studies from the Earlham School of Religion. He joined the ECAR team early on as a volunteer, later becoming ECAR’s inaugural program coordinator through an alumni fellowship with the Center for Principled Problem Solving .

An advocate for refugee causes, Walid’s passion comes from his background. He was born in Amman, Jordan, the grandson of Palestinian refugees fleeing Jerusalem in the 1948 War. Having witnessed the Second Intifada as a child in the West Bank, and firsthand the Syrian refugee crisis while visiting family in Jordan,
Walid has been moved to dedicate his time, energy, and skills to help refugees.

Walid is inspired by ECAR’s approach to the global refugee crisis, and how it was able to mobilize college communities across the U.S. He also currently sits on the board of Every Campus A Refuge and is an at large member of the Board of Directors of the American Friends Service Committee (AFSC).