In celebration of Every Campus a Refuge, supporters, friends, and participants gathered at Guilford College to hear a beautiful selection of music and marvel in the artwork of Leila Abdelrazaq and Ali Khasrachi. The evening started with a performance from the Triad Tapestry Children’s Chorus. Led by choir director Melissa Burris, the Chorus sang five songs about hope, community, and diversity. The entire room joined in song at the last selection, “Lift Every Voice and Sing,” leaving smiling faces and dancing children all around.

The next awe-inspiring performance came from mezzo soprano Sarah Love Taylor and pianist Radha Upton. Their first selection was in direct response to one of the first recent immigration bans. Most of their selections had a political undertone and spoke to the challenges and triumphs of the immigrant and refugee experience. They chose to perform a song cycle using quotes from people that came through Ellis Island. This cycle included a prologue, a six-part journey, and an epilogue that was musically sublime with some stories leaving the audience laughing and some with gloom.

After these incredible performances, friends were asked to take a look at the artwork of Ali Khasrachi, a refugee hosed by ECAR. His works are still on display in the Hege library next to photographs from the Red Sand Project.

The evening was filled with activism and resistance, urging people to become part of the movement to celebrate a beauty that only comes when cultures collide and differences are uplifted. 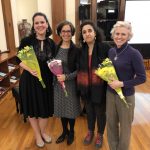 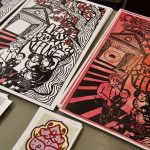 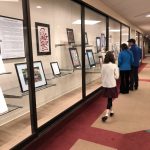 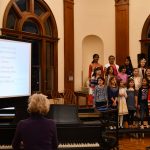 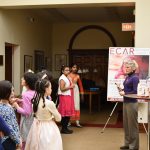 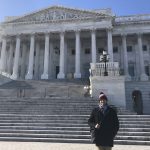 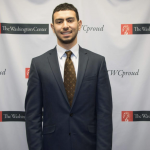 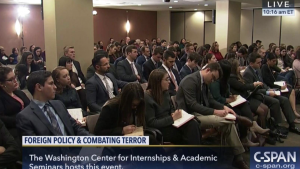 Tuesday, November 14th Guilford welcomed Palestinian graphic novelist Leila Abdelrazaq with a high turnout and engaging questions after her presentation about the complexities of being part of the Palestine diaspora. Leila spoke about the themes she includes in her work, such as refugee communities as sites of both life and resistance, the right of return, and excluding the oppressor’s voice when creating her own narrative and graphics. Her presentation was filled with personal stories and was coupled with an insightful glance into how systems of oppression are connected, but are not the sole characteristic of refugees. Each have their own stories, history, and agency separate from the systems they exist within and navigate on a daily basis.

Much thanks goes out to Leila for her powerhouse presentation and breath of knowledge about producing art in various forms! ECAR is grateful for everyone who helped organize this event and for attendees from all over! 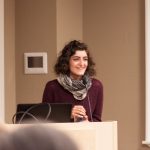 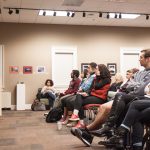 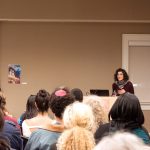 On Thursday, October 5th,  ECAR hosted Dr. Linda Rabben from the University of Maryland.  During her presentation, Dr. Rabben discussed sanctuary and asylum for refugees.  It was great to see so many ECAR volunteers and Guilford College students present at this very timely talk!  ECAR wants to thank Dr. Linda Rabben for coming to Guilford and taking the time to talk about this important issue! 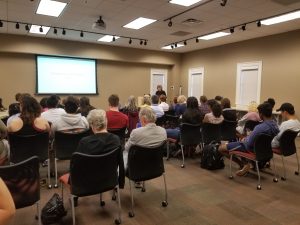 So excited to announce that Every Campus A Refuge and Guilford College have been honored with The Washington Center’s 2017 Higher Education Civic Engagement Award.

Many thanks to the amazing people who support ECAR and make it possible, and especially to Program Coordinators Walid Musarsaa and Hali Rose Kohls and the inspiring ECAR volunteers.

Last night ECAR hosted a recital in the Carnegie Room in the Hege Library. The program consisted of songs which spoke about the trials of refugees and immigrants.  Sarah Taylor who is an opera singer and Radha Upton who accompanied Sarah on the piano made the event a great success!  ECAR wants to thank Sarah and Radha for a taking the time to produce a wonderful performance! 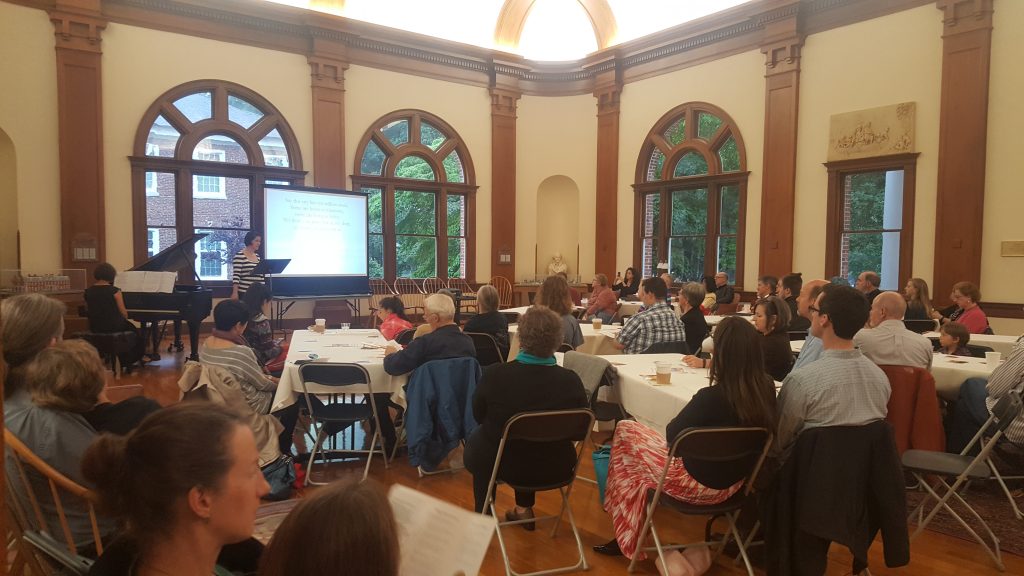 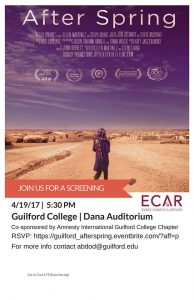 On Thursday, February 2, ECAR hosted Chef Kevin Ray Archer for the Peace Meal Supper Club’s 17th meal! The dinner’s title was ‘Sanctuary,’ and the theme of the meal was to raise awareness about refugees as well as funds for Every Campus A Refuge and the families it hosts on Guilford’s campus. The dinner was a welcoming event as well as an excellent opportunity to support refugees and educate citizens in the Greensboro community! The dinner itself was a huge success with over 30 guests, and ECAR wants to thank all the people who came out and volunteered as well as Chef Kevin Ray Archer and his staff for providing a delicious meal!
Written by Nicole Moore

Congratulations to Diya Abdo and Every Campus A Refuge on being selected for the Gulf South Summit’s 2017 Outstanding Service-Learning Collaboration in Higher Education Award. Multiple colleagues and former students nominated Diya, citing her tireless commitment to refugee communities around the country.

The 2017 Gulf South Summit will be March 22-24, 2017 in Greensboro, North Carolina. Awards and a $500 cash prize will be presented during the conference. Diya will also be recognized in the conference printed program. 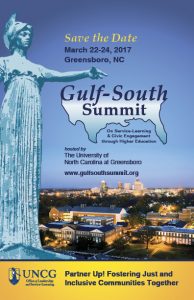 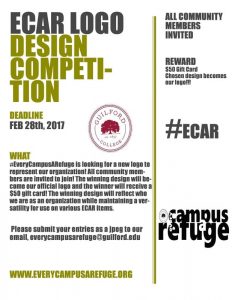 #EveryCampusARefuge is looking for a new logo to represent our organization! All community members are invited to email us their designs at everycampusarefuge@guilford.edu The winning design will become our official logo and the winner will receive a $50 gift card! The winning design will reflect who we are as an organization while maintaining a versatility for use on various ECAR items. Deadline for submissions is February 28th, 2017. Please submit your entries as a jpeg.  For more information, please contact us at everycampusarefuge@guilford.edu