About the Syrian Refugee Crisis

Who is a refugee?

The UN 1951 Refugee Convention defines a refugee as a person who “owing to a well-founded fear of being persecuted for reasons of race, religion, nationality, membership of a particular social group or political opinion, is outside the country of his nationality, and is unable to, or owing to such fear, is unwilling to avail himself of the protection of that country.”

Let’s break down this definition: In the case of our current crisis, who are those fleeing persecution? What do they fear? Why can’t they return? And how did this start? 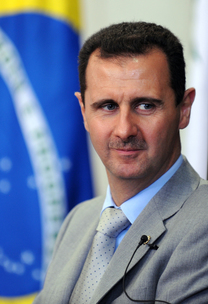 Who?
Syrian civilians are fleeing the violence of the country’s civil war, which involves many different warring groups both inside and outside of Syria’s borders.
Here are the key players:
Assad: Syria’s president, son of the Ba’ath party’s previous president Hafez al-Assad. Assad responds to both rebels and extremist groups with indiscriminate attacks on populated areas. He has used chemical weapons and barrel bombs on civilians. His connections to Russian president Vladimir Putin have earned his administration massive support from that government and  military.
Kurds: An ethnic group in the North and East of the country who have long sought autonomy. Kurds saw the outbreak of civil war as an opportunity to gain independence.
Rebels & Free Syrian Army: The first groups to fight Assad, growing out of the original Arab Spring protests of 2011. Soon after Assad’s army fired upon the nonviolent protestors in the small Southern town of Daraa, rebel groups began counter attacks and were joined by defectors of Assad’s army.
ISIS: Officially taking root in early 2014, ISIS grew off of an Al Quaeda affiliate group based in Iraq which then broke away from the rebels. ISIS now fights against both the Kurds and the rebels.
USA, Gulf states: backing rebels, oppose both ISIS and Assad.
Iran, Russia, and Hezbollah: backing Assad, oppose both ISIS and rebels.
Turkey: predominantly backing rebels, but also fighting Kurds.
Civilians: Civilian casualties make up nearly 50% of the Civil War’s death toll. Currently, less than 50% of Syrians are living in their homes. Many are dead, a huge number are internally displaced, and many have fled as refugees. 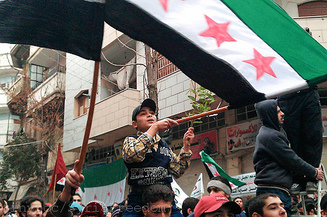 A 2011 protest in Homs, Syria (photo via Flickr user FreedomHouse)

What?
In the present moment, Syria is in the midst of a civil war with several (often opposing) rebel groups fighting against the rule of President Bashar al-Assad. Foreign powers Russia, Iran, the US, Turkey, Hezbollah, Jordan, and the Gulf states all have stakes in the matter and are backing opposing forces.
When?
The Syrian Civil War began in March of 2011 when the Syrian Armed Forces fired on peaceful protestors in Daraa. In 2012 the great powers of the US and Russia became involved. By 2013 the Middle East was divided in their support of the war, roughly with Sunni states backing the rebels and Shias backing Assad. Also in 2013, Assad first used chemical weapons, prompting threats from the Obama administration but little action. In 2014, ISIS was formed out of rebel groups, leading the US, and many other foreign powers involved, to ask: who are we actually fighting against? Who is the greater enemy, Assad or ISIS?
Where?
Some areas have been hit harder than others, hence the many internally displaced people. The town of Homs, for example, has been almost entirely destroyed by bombs, while the predominantly Alawite and wealthy coastal towns of Latakia and Tartus are intact and even attempting to maintain a tourism industry. These areas, along with the capital of Damascus, house many of the internally displaced.
As of the end of 2015, the Assad regime maintains control of must of the West, contesting some areas with opposition forces, while ISIS controls much of the East and central regions, and the Kurds control the majority of the North. 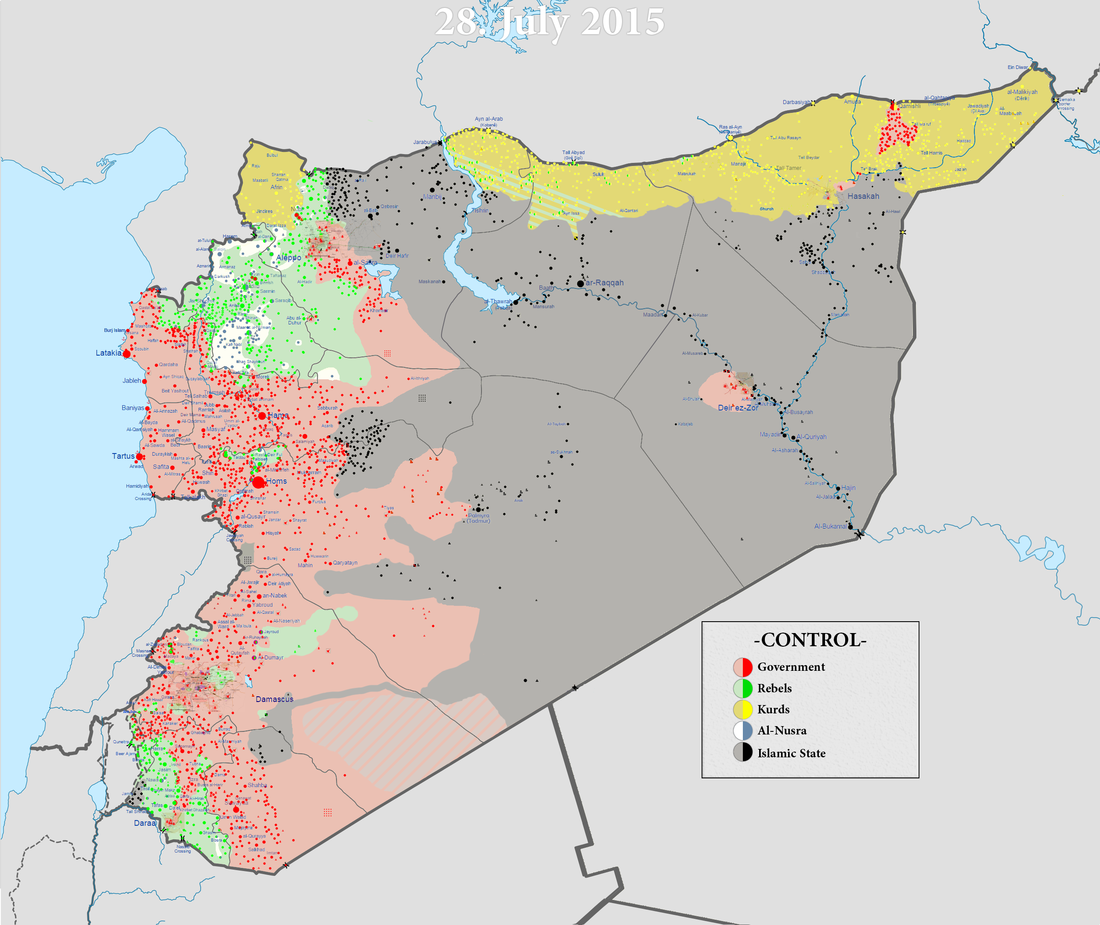 (image via imgur.com)
Why?
At the root of it all is ethnic conflict and power struggle. Since the rise of the Ba’ath party in the early 1970s, segregation between ethnic groups and inequality along ethnic lines has become more apparent. The Ba’ath rulers, like the Assads, are Alawites, an offshoot of Shia Islam. The vast majority of Syria is Sunni Muslim, with several other ethno-religious groups like the Kurds and the Druze. Under Assad, Alawites are given advantages over Sunni and other groups, despite being the minority.
So why is it so hard for these refugees to find refuge?
While Syria is currently producing the largest numbers of refugees, and is by far the most highly publicized refugee crisis of our time, refugees flee many different countries on a daily basis. These refugees also face varying levels of hostility and accommodation from their countries of refuge.
The vast majority of Syrian refugees are settled in camps in Jordan and Turkey, but as those refugee programs are underfunded, those who can afford the passage are paying smugglers to guide them to Europe. This process is extremely dangerous, but once refugees arrive in Europe, International Law dictates that the receiving countries have certain obligations.
Because resettlement is obligatory and costly to the countries of refuge, they have little investment in ensuring the well-being of refugees on their journeys to safety and many die in transit. Those who do make it are faced with few employment opportunities, hostility, sparse resettlement accommodations provided by their new countries, and other difficulties of transition.
Sources:
​
“Flight from Syria.” Pulitzer Center. Ed. Kem Sawyer. N.p., 16 Nov. 2015.
“Refugees.” UNHCR News. UNHCR, 2001.
Norton, Ben. “A Guide to the Worst Refugee Crisis since WWII.” Mondoweiss. Mondoweiss, 09 Sept. 2015.
Rodgers, Lucy, David Gritten, James Offer, and Patrick Asare. “Conflict Background.” I Am Syria. BBC News, 9 Oct. 2015.